Following high school, Cory was drafted by the San Diego Padres, but decided to attend Arizona State University. After only the second day of his college baseball career, Cory’s life changed dramatically. In the first inning of the second game of the day, he went to steal second base. Sliding head first colliding with the second baseman, Cory suffered a C-5 fracture of his spinal cord, ultimately leaving him paralyzed from the chest down.

Like the way he excelled in baseball, he has kept an amazing attitude. Cory now spends his time doing outpatient rehab and is taking one day at a time. This hasn’t just changed Cory’s life. With the mounting bills and all the time it takes to care for him, Cory’s father, Dale, has retired from his job to be his son’s full-time caregiver.

Cory is part of the Trinity family and we want to do everything we can to help support him and his family during this difficult process. The Trinity team has specially designed a one of a kind, hand crafted Trinity model for Cory’s cause. Every Pro Model HAHN purchased through Trinity will make a difference and impact Cory directly. 15% of every HAHN model will be donated to the Cory Hahn Fund and help Cory and his family during this difficult journey of recovery. Swing the Pro Model HAHN and make a difference! 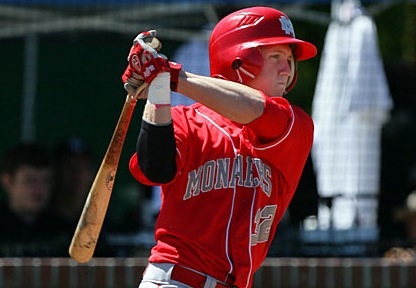 Click to help Cory and swing the Pro Model HAHN!

Further Donations can be made to:

Some information from this page was used with material from materdei.org/coryhahnfund

Create an account with us and you'll be able to:

Fill in your email below to request a new password. An email will be sent to the address below containing a link to verify your email address.